Here is one of the typical scare pieces from a site called Addiction Now. It is an obvious content site looking to generate in patient rehab leads from drug detox facilities. The article speaks of science in different areas of the article, but in the first sentence we get a “although some have said…” 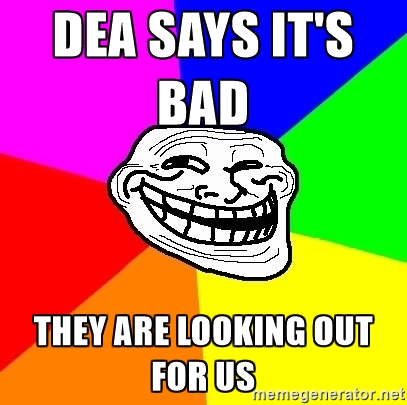 Of course we get the DEA shoutout that it is placed on schedule 1 for it’s high abuse potential and having no medical use. I think it is pretty well known by now that the DEA does not look out for our own interests and their method for determining what has medicinal value is flawed. Anyone that has ever taken iboga or ibogaine knows full well that there is 0 chance of getting addicted to the stuff, it is the exact opposite of what addiction is. Ibogaine can be used to treat any sort of addiction whether it is drugs, porn, stealing. My good friend was able to stop a massively destructive gambling habit.

Later in the final piece of the article it refers to other systems that can be used to combat withdrawal. Actually ibogaine is the only known thing on this planet which actually stops or lessens the actual withdrawal symptoms for an opiate addict.
If the rehab companies would join rather than become divisive with a tool such as ibogaine, maybe more people that need it would have access to the medicine. I would love to see more rehabs that works the 12 step method open up to ibogaine.

Although some have said that the hallucinogen ibogaine can combat opioid addiction, there are many serious side effects including increased risk of potentially fatal heart conditions, psychological complications, and even death.

A 2016 study published in Therapeutic Advances in Psychopharmacology, analyzed a “40-year-old man who used ibogaine for symptoms of heroin withdrawal,” and “suffered acute cardiac arrest leading to cerebral edema and brain death.”

Ibogaine is a psychoactive alkaloid that’s derived from the iboga root found in West Africa. The drug is currently classified as a Schedule I Drug by the DEA for its high potential for abuse and having no medical use.

It’s difficult to determine ibogaine’s effectiveness during drug detoxification because of the lack of research, but it’s better to err on the side of caution.

Some current studies provide evidence of the treatment’s positive effects. However, the effectiveness is typically reported by participants, which should not be considered as objective data. Through clinical trials, ibogaine could show its safety and efficacy. But more expansive clinical trials could also reinforce its serious side effects negating its positive, anecdotal findings.

Ibogaine treatment should never be considered without medical supervision, and a thorough medical evaluation should be conducted prior to any consideration. This will ensure control over potential risks from existing conditions, heart problems, other medications and mental health issues.

As it stands, with all the conducted research on ibogaine gathered for review, it becomes apparent that the documented risks of the drug outweigh the benefits in most cases. There are many more methods used against withdrawal, and many are backed with objective clinical data.

National Geographic recently had an interesting article about how scientists were using Zebrafish in order to study the addiction to drugs, specifically opiates. I like that Randall Peterson in the article states that they are looking [...]

Interesting interview segment with a Brazilian Iboga researcher Bruno Rasmussen. The article is translated into English. The Sao Paulo government is actively investigating the anti addiction properties of ibogaine over 1,200 treatments in Sao Paul have been performed [...]

The University News recently posted an article exploring the use of psychedelics such as ibogaine in treating mental illness. From the experience of the author; iboga provider Levi Barker "in cases of severe PTSD, OCD & [...]

Elliot Neese of the Deadliest Catch TV show has been battling opiate addiction for some time and is now clean 5 months after an ibogaine detox treatment. He is one of the few people in the [...]

Marijuana Industry, a friend of ibogaine?

The Leaf Online recently had an article presenting the benefits of ibogaine as an addiction interrupter and compares it to another schedule 1 substance, marijuana. There is also a hopeful commentary on the marijuana industry possibly [...]

The following information is from the Global Ibogaine Alliance: New article from a new site www.collective-evolution.com which has some good content they are putting out in the areas of transformation and consciousness. In the article there is some [...]