Elliot Neese of the Deadliest Catch TV show has been battling opiate addiction for some time and is now clean 5 months after an ibogaine detox treatment. He is one of the few people in the public eye to admit to undergoing ibogaine treatment and we at iboga.io commend him for being open and upfront about the benefits he has received from ibogaine. Keep up the good work Elliot. 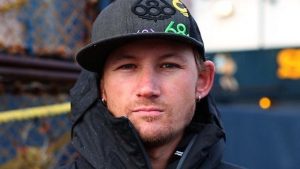 What has former Deadliest Catch star, Elliott Neese, been up to recently? Is he still clean after going to rehab and will he be back on the show?

Elliott’s last season with Deadliest Catch was Season 11 after battling drug addiction, taking frustrations out on crew, and growing weary of the villain reputation he’d earned on the popular reality series.

How is Elliott Neese doing after rehab? He remains active on social media where he updates his loyal followers on what he’s doing. His latest messages on Twitter and Facebook reveal that he’s been clean five months after going through an Ibogaine detox program. Neese swears by the program and is now encouraging others who are struggling with drug addiction to do the same.

Elliott entered rehab two years ago after that tumultuous season on Deadliest Catch. He spent 60 days in the Passages drug rehab facility in Malibu. If he’s been clean for five months in 2017, he had a relapse at some point before going through Ibogaine rehab treatment in late 2016. Nevertheless, he’s doing great and often tweets in his messages that he’s “loving the clean life.”