Interesting interview segment with a Brazilian Iboga researcher Bruno Rasmussen. The article is translated into English.

The Sao Paulo government is actively investigating the anti addiction properties of ibogaine over 1,200 treatments in Sao Paul have been performed to date. Dr. Rasmussen has been involved in a lot of these treatments. He goes on to speak about the high percentage of crack cocaine users that have remained clean after their ibogaine treatment.

Dr. Rasmussen is definitely one of the medical leaders producing research studies showing the amazing results that the treatment is providing. There is quite a bit of research on ibogaine on rats, but not so much in humans. The research will go a long way into bringing more interest from the scientific community to iboga and ibogaine.

It is important to note this quote from Dr. Rasmussen “In addition, we observed that ibogaine, applied within the appropriate clinical safety standards, in a hospital environment, is effective and safe, with no significant adverse events.”

The R7 interviewed the physician and researcher Bruno Rasmussen on the advances in research and details of the treatment with ibogaine. Ramussen also gives an overview of psychedelic medicine.

A: How long have you been researching and participating in research groups for a chemical dependency treatment?

Bruno Rasmussen: For 23 years, but independently. Together with other researchers, since 2012.

A: When did you start your studies with psychedelic medicine?

Bruno Rasmussen: The most important academic studies, related to ibogaine, began in 2012, through a team composed by psychiatrist Dartiu Xavier, from PROAD of UNIFESP; Eduardo Schenberg, neuroscientist; Maria Angélica Comis, psychologist; And I, a clinical doctor. This study was published in 2014 in the Journal of Psychopharmacology.

A7: What are the results?

Bruno Rasmussen: At that time patients who had taken ibogaine for chemical dependence from 2005 to 2013 were interviewed and followed up, and a result of 62% of abstinent patients after treatment was reached. In addition, we observed that ibogaine, applied within the appropriate clinical safety standards, in a hospital environment, is effective and safe, with no significant adverse events.

These results also led to the publication of statements from the Coned-SP (State Council on Drug Policies of the State of São Paulo – text below) that stipulated that treatment with ibogaine must necessarily be performed in a hospital environment, with medical, psychiatric and psychological follow-up.

A7: Have there been other advances?

Bruno Rasmussen: After that, we did another research, a qualitative study, with the participation of the psychiatrist Luis Fernando Tofoli, from Unicamp, and João Felipe Alexandre, from UFABC, who showed a great improvement in the quality of life After treatment with ibogaine, even in patients who came to relapse, with shorter and less profound episodes of relapse. This second study was published now in April 2017 in the Journal of Psychedelic Studies. We also have a third study, from the same team, on the same subject, which is in the process of being published, which shows similar results.

Regarding MDMA, I participate in another group that is undergoing training to conduct research on substance use in people with posttraumatic stress disorder. This research is occurring in a coordinated way in other parts of the world, especially in the United States, and should begin here in Brazil in the coming months.

Other studies, with Ayahuasca, have been conducted at USP in Ribeirão Preto and UFRN, for depression, and have occurred in recent years as well. But I have no connection with the latter.

R7: Which substances are already under study in Brazil?

Bruno Rasmussen: In terms of psychedelic medicine, Ayahuasca, for depression; Ibogaine, for chemical dependence; And MDMA, for posttraumatic stress disorder. Brazil has been strong in this type of research, as was clear at the MAPS (Multidisciplinary Association for Psychedelic Studies) conference held last April in Oakland, attended by more than 3,000 people, where several lectures were from Brazilians, including me.

A: How do you evaluate the outcome in the volunteer group?

Bruno Rasmussen:Regarding ibogaine, I evaluate the results as excellent. No current approach offers comparable results and, interestingly, in such a short time, since most patients taking ibogaine require only one dose, which is applied during a 24-hour hospital stay.

As for Ayahuasca and depression, great results too, and with the same characteristic, very fast results. Regarding MDMA, in Brazil the research is still in the initial phase, but I was able to follow some patients who did this treatment in the USA, for post-traumatic stress (in this case, veterans), and the results were also very good. In 82% of cases, after 3 sessions the patients no longer met the criteria for the disorder.

A: How long does conventional chemotherapy treatment take without ibogaine?

Bruno Rasmussen: A few months, most often about 9 months, with a relapse rate greater than 70%.

A7: In the case of Ibogaine, specifically, how is the procedure in Anvisa to allow the medicinal use of the plant?

Bruno Rasmussen: Well, in the case of ibogaine, the use of the plant in natura, although it is the traditional way of using it, is not so interesting, since innumerable variables (plant type, soil, climate, mode and time of Influence purity and result. Therefore, it is safer and with more predictable results if the extracted and purified substance, which is called ibogaine HCL, is used. This substance, although not yet registered with Anvisa, may be imported for personal, non-commercial use, by the patient’s own initiative, according to Decree 8.077 of August 2013 and Anvisa Resolution 28/2011.

In order to debure the bureaucracy of this importation process, it would be important for the medication to be registered in Brazil, which is a long and bureaucratic process, but I am confident that this will happen in the medium term, since this process is already under way.

R7: How does Ibogaine work in the treatment of chemical dependence?

Bruno Rasmussen: Ibogaine increases the manufacture, by brain cells called glial cells, of a factor called GDNF (Glial Cell-Derived Neurotrophic Factor). It is considered a neuronal growth factor, which causes the neurons to proliferate and connect or reconnect with each other. This effect apparently rebalances the neurotransmitters (dopamine, serotonin) and brings a sense of sustained well-being, which decreases the patient’s need for drug use.

In addition, during the effect of ibogaine, the patient enters a state called onirophrenia, which is the “daydream”, a moment of expansion of consciousness in which the person can reevaluate attitudes, feelings, where he has insights related to his problems . This ends up functioning as an intensive, concentrated, drug-induced “psychotherapy” and is very effective in increasing the patient’s understanding of the problem he is facing.

A7: Is the patient at risk of becoming a chemical dependent of ibogaine?

Bruno Rasmussen: No, the experience with ibogaine is not pleasant, it does not give pleasure, there is no reported case of use of ibogaine for recreation purposes.

A: Are there different levels of crack dependents? In your research have you already detected any profile of controlled use of crack or in all cases the user ends up falling into a severe dependency after a period of crack use?

Bruno Rasmussen: In relation to any drug, including alcohol, there are always patients who abuse more than others, and also always have people who can make a use less harmful or more controlled. This also happens in relation to crack. But it is less common than with regard to cocaine or alcohol for example. But it’s not all crack users who have seen “zombies” as is believed.

Bruno Rasmussen: That’s the great advantage of psychedelic medicine, it’s the response time. Always very fast, in one or at most a few sessions, you can already see the result. In the case of ibogaine, as I have said, most of the time, it is a single dose. And the hospitalization is necessary for a very short period, only during the application of the medicine.

Some patients may require a 30-day hospitalization period prior to application to better prepare for withdrawal of certain medications that should be discontinued prior to taking ibogaine and other Undesirable drug interactions. But this hospitalization period will always be much shorter than in traditional treatments. And that is what makes the “industry” of clinical dependence not like ibogaine, and spreads misrepresented information, because commercially it does not interest a drug that decreases the length of stay.

In addition, as the second study shows, relapses after ibogaine are shorter, deeper and with a faster recovery from normal life.

R7: The Spanish psychologist Genis Onã, who also studies psychedelic medicine, talks about the importance of a psychotherapeutic process to accompany the treatment and that the use of psychedelic substances act as a coadjuvant and not as a main treatment. What do you think this is and what should be the preparation and evaluation of the patient before starting treatment.

Bruno Rasmussen: I agree with him 100%. Ibogaine and other substances can be considered as facilitators of psychotherapy and, without it, there is nothing to be facilitated, so efficacy drops a lot. Ibogaine is not a miracle, it is a tool that along with other procedures, increases the chance of the patient returning to a normal life. But there is no point in reaching and taking ibogaine without proper monitoring, the result will be frustrating.

R7: How would this adequate monitoring be?

Bruno Rasmussen: The preparation should consist of some consultations with a psychotherapist, to explain to the patient what will happen during the experience, to adjust the person’s expectations to reality, and to diagnose any comorbidities (diseases that the person may present, Of dependence), which may be contraindications to treatment (eg schizophrenia). And after the shot, a follow-up is also important, to help one “digest” the experience and prepare to resume normal life.

In addition, a medical evaluation is also important to make sure that the patient has no heart, kidney, liver disease, which could compromise the safety or efficacy of the medication. 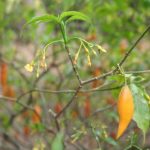