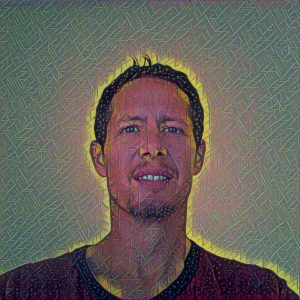 Levi Barker is a Bwiti trained iboga provider. Prior to dedicating his life to help others on their journey he was the the Co-Founder of a cryptocurrency startup that is still active. Levi is also marketing expert and consultant for Ecommerce companies. Levi studied speech and music in college. He is passionate about expanding knowledge and helping others break free from addiction, depression, anxiety, and PTSD by guiding others through the iboga experience. Levi’s difficult history with drugs and not having control of his mind  nearly impeded his great success.

Home was not always the best for Levi. He grew up in a divorced household because his parents divorced when he was two years old. He had a loving mother and father but his mother’s side of the family was riddled with drug and alcohol problems and many other family members suffered from depression. Drug and alcohol addiction was a daily presence through his young life. Surrounded by the abuse of drugs and alcohol along with untreated mental illness, Levi found himself struggling with drugs and alcohol for the length of his teenage years. His first experience with marijuana and methamphetamine was at age twelve and he tried LSD for the first time at age thirteen. He began taking Percocet recreationally at age nineteen after a snowboarding accident. Once introduced to Percocet Levi continued on the path that money others suffering from opiate addiction face, his habit becoming too large and moving on to more powerful opiates.

A dear friend offered Levi his first iboga. Levi then prepared himself for the journey and took the medicine. His friend has told “down the medicine and try not to move your head.” After a gruelling 72 hours of no sleep Levi completed his iboga physical detox at home. There was still much work left to do to mend his fractured thought process and worldview, but it was as good of a start as he was going to get. The physical detox had a profound effect on Levi yet he continued to allow his mind to get the best of him and lived in a state of anxiety. Soon, the same friend who introduced Levi to iboga introduced him to a tenth generation Bwiti shaman named Moughenda Mikala. Levi continued to heal and went on to train with this shaman from 2011-2015 at which time Levi found himself at a crossroads between his entrepreneurial endeavors or iboga. While he was passionate about entrepreneurship, Levi followed his soul speaking to him and made iboga and learning to work with the medicine his focus in life.

With iboga as his sole focus, Levi trained at the Iboga House with Moughenda Mikala and Iboga Wellness Center under the mentorship of Gary Cook and Steven Callahan, both of whom are powerful healers who had been working with the medicine in the Bwiti way for several years. During December 2016 in the African country of Gabon, Levi was initiated into the Bwiti and given the word by Master Shaman Moughenda Mikala that he was ready to be a shamanistic iboga provider, giving him the ability to serve the medicine to others and facilitate the iboga detox alone.

Levi is now a shamanistic iboga provider, but notes his wife and one week old baby as his biggest accomplishments.

Levi helps people realize the gift of life and how to implement practical life skills that allow them to live to the fullest potential. Levi realizes he is just a guide and the medicine is what does the heavy work, but Levi’s guidance helps people understand their own life, their habits and, the way they think in order to free them from their own mind and open them up to their potential. Passionate about helping others in this difficult time in the world, Levi feels that we are more separated from our traditional way of living within a group. We have gotten away from thousands of years of living with the simple things like family, shelter, and food; and, now in the West we have put our focus and energy into chasing a consumer driven dream that confuses us and makes us wonder what this life really is. People looking for a life changing transformation that will help them move past their past experiences and get them to stop living in the future and in a state of anxiety. In the Bwiti tradition that Levi practices, depression is seen as living in and returning to the past while anxiety is seen as living in the future and being dictated by what one thinks will happen. Levi works with people to live in the present and appreciate the life that they are living in the moment.

Levi is currently a iboga provider in Costa Rica IbogaWellness.com